Via Knicks.com:
MSG Executive Chairman Jim Dolan and Phil Jackson announced today that, after discussing the future of the New York Knicks, they have mutually agreed to part company. Mr. Jackson is leaving his post as President of Basketball Operations, effective immediately.
“After careful thought and consideration, we mutually agreed that the Knicks will be going in a different direction,” said Mr. Dolan. “Phil Jackson is one of the most celebrated and successful individuals in the history of the NBA. His legacy in the game of basketball is unmatched. We wish him the best and thank him for his service to the Knicks as both a player and an executive.

The Knicks’ offseason has been non-stop chaos, as Jackson publicly feuded with the team’s two best players, making it clear that he believes New York would be better off without Carmelo Anthony while also putting Kristaps Porzingis on the trading block because he wasn’t able to get over the young big man skipping his exit interview. Both are still on the team, however, as Anthony holds a no-trade clause, giving him all the power in any trade talks. Even though he has recently become open to a buyout, the Knicks are hesitant to lose him for nothing. Meanwhile, no team was able to meet the exorbitant price for Porzingis, and that whole ordeal seems to have perhaps been more of a charade to punish Porzingis. Already looking towards the future, Adrian Wojnarowski is reporting that Dolan has his sights set on Toronto Raptors executive Masai Ujiri as a replacement. 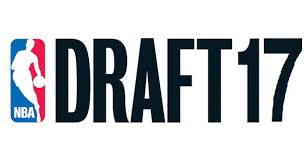