LAS VEGAS—The Blackhawks Duncan Keith takes home his second Norris Trophy after an extremely productive season, leading all defensemen with 55 assists and finishing with 61 points, second among all defenseman. He last won the award in 2009-10. Keith was the top defenseman for the Hawks, averaging nearly 25 minutes a night and anchored one of the league’s best defenses.Keith’s award may come as a surprise to some as he did not garner the toughest defensive assignments on the team. That often went to Niklas Hjalmarsson, but Keith remains one of the best two-way defenders in the league. Blinding speed and a great stick has kept him one of the tougher guys to beat. Keith also made the All-NHL First Team. 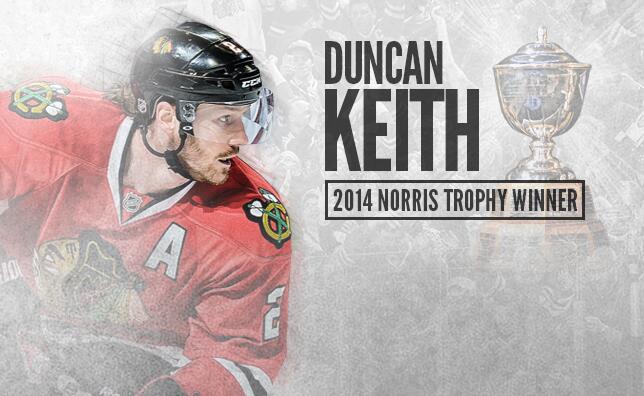