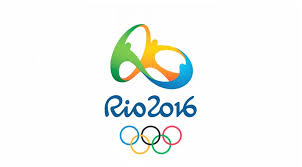 RIO-DE JANERO—It was not easy. It was rough and tumble, and not just the product of sloppiness or laziness. Team Australia came out and took it to Team USA in group play on Wednesday, before a stifling third quarter defensive performance and a lights-out scoring binge from Carmelo Anthony and Kyrie Irving helped Team USA managed a 98-88 victory to advance to 3-0 in Olympic group play. Here’s what you need to know from Team USA’s squeaker victory over the Boomers Wednesday. From the very jump, the Australians let it be known they were not going to be pushed around. Andrew Bogut had told reporters that teams that went in wanting photographs with Team USA (as a lot of teams do on account of Team USA’s starpower) are “already beaten.” The Australians took that mindset to heart, and were not the least bit afraid. Their mindset was the starting block, and their physicality set the tone. That, more than even the individual quality play they brought (or Team USA’s ugliness) was what gave Australia a chance to win this game. They hit Team USA, and they hit them first. Matthew Dellavedova, in real Dellavedova fashion, drew a technical foul on Paul George, and frustrated Draymond Green with a charge taken. Andrew Bogut gave Kevin Durant a hard foul. Screen after screen, the Aussies used their size to maul Team USA and caught them off guard after the Americans had torn threw the smaller and less prepared China and Venezuela. Matthew Dellavedova finished with a team-high plus-five, along with 11 points, six rebounds, and 11 assists. He threw some absolute beauties, including a whip pass to Bogut off a blown switch for Team USA for an easy score. Patty Mills did his thing, scoring 30 points and maintaining his top spot on the Olympic leaderboard for scoring. Strong guard play has always been the key for international play, and that combination, along with Bogut swatting everything that moved and making tough push shots, really gave Team USA fits. Dellavedova is really showing why the champs had him on roster until the Bucks signed him to a four-year, $38 million deal this summer. The big weakness for Australia going into the game was their wings. They just don’t have an NBA talent on the wing with Ben Simmons unavailable, and the result was that Carmelo Anthony went off. If Melo, the oldest member of Team USA, doesn’t take matters into his own hands, this might have been the first loss for the team since 2004. Melo was 11-of-21 from the field for 31 points, and had the whole arsenal going. He put the team on his shoulders the way Kobe Bryant, Dwyane Wade, and LeBron James did in 2008 and 2012, and delivered for Team USA. Melo has usually been at his best in Olympic play because he wasn’t the primary threat, but with no real creators on the floor, he went to his usual ISO game, but he’s so talented, it’s a good play in this environment. Great leadership from Melo in the win. Team USA’s defensive communication was a big heaping pile of garbage in this game. They routinely lost track of assignments, and with DeAndre Jordan and DeMarcus Cousins both picking up major foul trouble with lazy awareness (prompting some real mid-February-Kings fuming from Boogie), they couldn’t just dominate with size and intimidation at the rim. This was a big issue. The on-ball defense was fine. It was all off-ball stuff, motion, and transition that gave Team USA fits. You can bet they will be having unpleasant conversations with defensive assistant Tom Thibodeau over the next 24 hours before facing Serbia Friday. This was probably Team USA’s toughest test in group play (given France’s unimpressive performance thus far). They face Serbia on Friday, and while Serbia brings NBA talent at several spots, they’ve also looked unimpressive and badly coached. Expect a fired up and refocused Team USA squad to lay the wood on Friday.