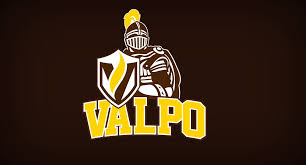 NEW YORK—George Washington coach Mike Lonergan held his young daughter in his arms near center court at Madison Square Garden, waiting to climb a ladder and cut down the net.Now he can replace that one his buddy sent him weeks ago for good luck. ”It was in the locker room tonight,” Lonergan said after the Colonials beat Valparaiso 76-60 on Thursday for the school’s first National Invitation Tournament championship. ”I’m not a big motivation guy, but I’ll tell you, I felt that net before every game. And I told those guys, `We win, I’m wearing one of those nets. I don’t care what we do with the other one.”’ Kevin Larsen scored 18 points, Patricio Garino added 14 and fourth-seeded George Washington (28-10) set a school record for wins in a season with a dominant performance in the second half.The Colonials won their fourth straight game against a higher-seeded team and sent three senior starters out with a tournament trophy, softening the sting of being rebuffed by the NCAA selection committee. ”It makes it feel a whole lot better,” Larsen said. ”Like we said, we’d rather win the NIT than get bounced one-and-done in the NCAA Tournament. That’s been the mindset.” Larsen, Garino and point guard Joe McDonald, part of Lonergan’s first full recruiting class at George Washington, walked off winners in their final college game. They arrived with the Colonials coming off a 10-21 season, but made the NCAA Tournament as sophomores. ”These guys, I wanted (them) to leave a legacy. We didn’t make the NCAAs (this year) and we were all heartbroken and it’s hard to bounce back, but they bounced back,” Lonergan said. ”We played our best basketball end of March. I told them I wanted, instead of senior night, I wanted it to be senior month. And that’s what it was.” Junior forward Tyler Cavanaugh, the tournament’s Most Outstanding Player, scored 12. He averaged 19.4 points and nine rebounds in five NIT games.McDonald had 13 points, eight rebounds and four assists with no turnovers for George Washington, which extended a one-point halftime lead to 19 late in the game. The Colonials went 22 for 26 at the foul line, compared to 6 of 6 for Valpo.George Washington, which started players from Argentina, Denmark and Japan, used its 1-3-1 zone to hold Valparaiso star Alec Peters to two points in the second half. Peters finished with 15 and was the only double-figure scorer for the top-seeded Crusaders (30-7), who went 8 for 28 from 3-point range. ”It’s going to stick with us throughout the offseason,” Peters said. The second unit helped GW rip off a 16-4 run early in the second half that pushed the advantage to 13. Valparaiso never got within single digits again. ”We made them look bad, so I give our guys credit, but that’s a heck of a team,” Lonergan said. It was the first title in a national postseason tournament for the Colonials, who enjoyed much of the fan support among the crowd of 7,016. The school is located four blocks from the White House in the Foggy Bottom neighborhood of Washington, D.C., and New York City is about a 225-mile trip up I-95. Some trains take less than three hours. ”NCAAs is always the goal, but we proved this year that you can make a lot of memories in this great tournament,” Cavanaugh said. Neither team had reached the semifinals of the NIT before, and this was the first meeting between the schools. ”I told our guys, one game doesn’t define your season,” Crusaders coach Bryce Drew said. ”We just seemed like we couldn’t really get a rhythm going.” Both senior point guards played through injuries in their final college game. McDonald was able to start after twisting his ankle during Tuesday night’s semifinal rout of San Diego State. Crusaders sparkplug Keith Carter sprained his right foot with about 6 minutes to go in the first half, hitting the floor after jostling with Cavanaugh underneath. Carter initially stayed in the game, keying an 8-0 run with five points and an assist on Peters’ fast-break 3 that tied it at 24. But at the 5:21 mark, Carter came out and missed the rest of the first half. He returned to start the second.Larsen, Garino and McDonald joined Cavanaugh on the all-tournament team. … It was GW’s sixth trip to the NIT. … Besides the Colonials, lower-seeded teams struggled in the NIT. They finished 6-25, including the four wins by GW. … Cavanaugh, a Wake Forest transfer who reached double figures in every game this season, didn’t score until converting a three-point play with 7:34 left in the first half.The Crusaders, who shot 39 percent from the floor, fell to 10-15 against teams from the Atlantic 10. … Before this week, Valpo had not played at Madison Square Garden since the 1940s. … Peters, who made the all-tournament team, had at least 20 points in seven consecutive games before scoring 15 in the semifinals.