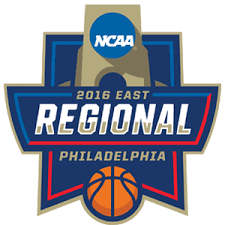 PHILADELPHIA—Brice Johnson had 25 points and 12 rebounds to lead North Carolina to an 88-74 victory over Notre Dame on Sunday night, leaving the Tar Heels as the only No. 1 seed in the Final Four.The Tar Heels reached the Final Four for a record 19th time and the first since 2009, when they won the last of their five national championships.North Carolina (32-6) will face Syracuse, the 10th seed from the Midwest Regional, in another all-Atlantic Coast Conference matchup in the Final Four on Saturday in Houston. The Orange beat top-seeded Virginia 68-62.The halves were very different. In the first, the teams went shot for shot with both teams shooting over 58 percent and neither leading by more than six points.The second half was run for run and the Tar Heels, taking control of the boards, had the last and biggest one to seize control over the final 10 minutes.It was Johnson’s school-record 23rd double-double of the season.Marcus Paige added 13 points and Joel Berry II had 11 points and eight assists for North Carolina, which has won its four tournament games by an average of 15.4 points. The Tar Heels finished with a 32-15 rebound advantage, including 13-5 on the offensive end.Demetrius Jackson had 26 points and V.J. Beacham had 18 for sixth-seeded Notre Dame (24-12).