Jon Bostic was fined $21,000 for this hit on Chargers receiver Mike Willie. 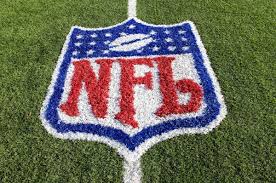 LAKE FOREST—Bears rookie linebacker Jon Bostic has been fined $21,000 for an Aug. 15 hit he made on Chargers wide receiver Mike Willie. That news comes from Bostic’s teammate Lance Briggs, who tweeted out the news on Wednesday morning.

NFL.com confirmed Briggs’ tweet saying that Bostic was specifically fined for lowering his head on a defenseless player’s body.

Now here’s the weird part of the story, the NFL has a clip of Bostic’s hit on the league’s official website and in the caption below the clip, the hit is referred to as a ‘spectacular’ one. The NFL also used the word spectacular in the headline.

Of course, as soon as the fine was announced, Twitter pointed out the hypocrisy of calling a hit spectacular, but then still fining the player for said hit. At that point the NFL changed the caption and the headline faster than the NCAA store scrubbed player names from its search engine.

You can’t fool Google though. Proof that the NFL used the word ‘spectacular’ still exists if you search ‘Jon Bostic spectacular hit.’
The fine may not seem like a big one, but it probably is to Bostic, who as a rookie, is only pulling in $405,000 in base salary this season. Bostic can appeal the fine and if he does, he’ll probably ask the league why they fined him in the first place if they thought his hit was so ‘spectacular.’