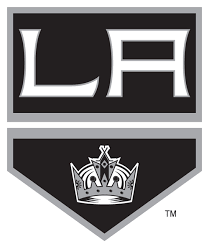 The Blackhawks advanced to the Cup Final thanks to Patrick Kane (88), who completes a hat trick with his game-winning goal in 2OT. (USATSI)

Patrick Kane scored his third goal of the game 11:40 into the second overtime period and the  Blackhawks beat the defending champion Los Angeles Kings 4-3 to advance to the Stanley Cup Final on Saturday night.Corey Crawford made 33 saves and Duncan Keith scored in his return from a suspension as the top-seeded Blackhawks eliminated the Kings in five games in the Western Conference finals.The Hawks will host the Eastern champion Boston Bruins in Game 1 on Wednesday night. Boston completed a sweep of the Pittsburgh Penguins on Friday night.This is the first finals matchup of Original Six franchises since 1979, and it will pit two of the last three champions against each other.The Hawks won the Cup in 2010, ending a 49-year drought. Boston captured the title the following year.Anze Kopitar and Mike Richards scored in the third period for Los Angeles, which trailed 2-0 after the first period. Jonathan Quick finished with 31 saves.Kane was in the middle of a quiet postseason when he finished off Bryan Bickell’s shot for his third playoff goal in the Hawks 3-2 win in Los Angeles on Thursday. The talented forward yelled in relief after that goal and came up with his best performance of the playoffs in Game 5. After Crawford made a couple of big saves in the first overtime, Jonathan Toews carried the puck up the left side during a 2-on-1 rush in the second extra session. He then made a cross-ice pass to Kane, who one-timed a shot past Quick and into the right side.The rollicking sellout crowd of 22,237 erupted in joy as Kane skated back toward the middle of the ice and slid on his knees as hats rained down. A distraught Quick laid down as his teammates emptied from the bench for the post-series handshakes.