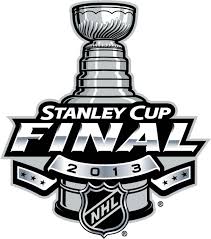 The Blackhawks played one great period Satruday night, but scored just once, and no more after that. After giving up a goal and withstanding another 18 shots in the first period Saturday night, Boston Bruins goalie Tuukka Rask may as well have hung a “Not Open” sign on his net. While he stymied the Blackhawks, his teammates regrouped and found enough offense for a 2-1 overtime victory that sent the Stanley Cup finals to Boston tied at one game apiece.
“We definitely were in survival mode there for a bit,” Rask said. “It looked like they had more guys out there than we did. They were bouncing on every single puck in front of net, had a lot of chances. We definitely played pretty bad. But it was good we were only down by one, and we regrouped after that.”
Rask finished with 33 saves, including stopping Game 1 winner Andrew Shaw cold in OT.Game 3 is Monday night in Boston.
“We had the perfect start to the game, then we stopped doing what made us successful,” Blackhawks coach Joel Quenneville said.
Well, Rask had a lot to do with that.
“He wasn’t lucky, he’s a good goalie,” Patrick Sharp said. “He doesn’t do anything different. Boston had the edge in goaltending coming into the series — and not simply because the Hawks were seemingly ready to replace Corey Crawford at the drop of a puck.Rask was impressive enough last season that he made Stanley Cup winner Tim Thomas expendable, and the 26-year-old from Finland has taken his game to another level this postseason. He came into the series with the highest save percentage (.943) of the playoffs, and limited the high-octane Pittsburgh Penguins to a measly two goals in a four-game sweep by the Bruins in the Eastern Conference finals.The Blackhawks made Rask look mortal in Game 1, tagging him for four goals — more than he’d given up in Boston’s previous five postseason games combined.It wouldn’t happen a second time.The Hawks came out flying Saturday night, peppering Rask with rapid-fire shots, trying to sneak up on him from behind and playing hot potato with the puck in front of the net in hopes of catching him off-guard and slipping one past. Boston coach Claude Julien called the effort “totally lopsided.”
“The first period, we just weren’t there. We were on our heels,” Julien said. “They had total control of that period. Tuukka kept us in there.”
Rask needed his head on a swivel to keep track of the traffic, and even that wasn’t always enough.At about 11 minutes into the first period, the Blackhawks blitzed Rask with a series of shots, two from Patrick Kane and one from Michal Handzus. Rask handled all of them, but the puck squirted out to the right side where Sharp was waiting.With Rask still preoccupied with the scrum on the opposite side of the net, Sharp poked a goal past him, putting the Hawks up 1-0.
“Every goal you let in you have a chance to save. I’m not going to blame myself for that,” Rask said. “I think there were three or four saves before that goal. I couldn’t find that puck until the last second. But you know, they had 19 shots and one goes by you. It happens sometimes.”
It happened again shortly after when Marian Hossa appeared to score. But officials waved off the goal, saying play had been stopped.When the first period finally ended, the Blackhawks had a 19-4 shot advantage.
“Not much needed to be said after that first period,” Chris Kelly said. “I think Tuukka pointed out that was a pretty terrible period by our team. If it wasn’t for Tuukka, it would have been a lot worse. To a guy in there, I think we all knew we had to go out and play better.”
Boston’s defense tightened up, and Rask easily handled the few remaining chances the Blackhawks had. The Blackhawks had only 15 shots in the last two periods and overtime.
“That first period was extremely hard for (Rask),” Julien